Come Rodeo With Us

Get ready to Rodeo!!!

Get Your Tickets Now 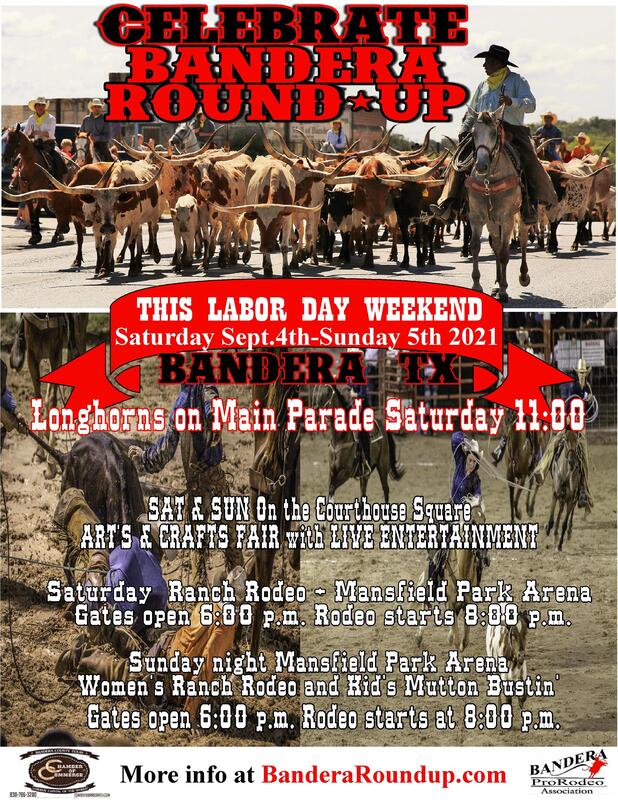 Bandera, "The COWBOY CAPITAL of The WORLD"


With so many cowboys calling Bandera home, it came as no surprise that the area played a pivotal role in the sport of rodeo. With the expansion of railroad lines, the use of barbed-wire fences, and bitterly cold and snowy winters, among other factors, the cowboy-on-horseback cattle drives became obsolete by the turn of the 20th century. However, during this same period of time, performance and competitive rodeos grew in popularity—and many of the greatest rodeo cowboys hailed from the Bandera area. As a matter of fact, there stands a memorial on the Bandera Courthouse lawn celebrating the numerous National Rodeo Champions from Bandera.
www.resortsandlodges.com/travelblog/b/bandera-prorodeo/​